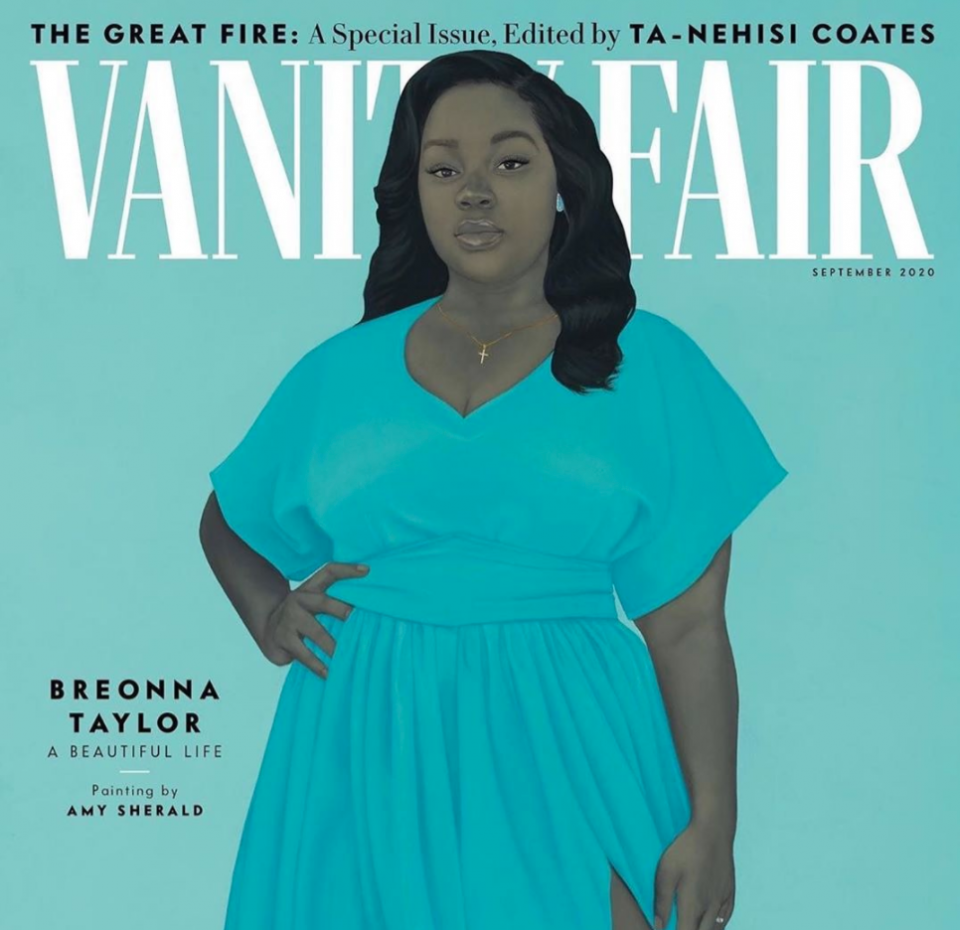 The death of Breonna Taylor in Louisville, Kentucky, has become the latest polarizing account of police brutality toward Black Americans within this country with millions across the country using social media to make a call for justice and for the arrest of the police officers responsible. Now, Vanity Fair has announced they will be dedicating its September issue to the slain woman.

The new polarizing cover features Taylor painted by artist Amy Sherald, the same painter who found fame when she was selected to paint the portrait of Michelle Obama for the National Portrait Gallery. In an article written by journalist and New York Times best-selling author, Ta-Nehisi Coates, titled “The Beautiful Life” about the social movement around this woman.

“People are getting real antsy, and he doesn’t want them to set the city on fire. They are tearing up the city, and he wants me to come and tell the people to stop,” wrote Coates in his piece. “But I don’t do it. Because I know the people don’t want to hear from me. They want to hear from him. They aren’t looking for me. They want to talk to him. That’s his fight, not mine.”

Breonna Taylor is an “American girl, she is a sister, a daughter and a hard worker,” says Amy Sherald (@asherald), who, for over 20 years, has been putting the narratives of Black families and people to canvas. “Those are the kinds of people that I am drawn towards.” Sherald—who painted Michelle Obama for the National Portrait Gallery in 2018—took extraordinary care in reimagining Breonna, drawing inspiration from things she learned about the 26 year old: that she had been a front-line worker in the fight against COVID-19; that her boyfriend had been about to propose marriage; that she was self-possessed, brave, loving, loved. Those heartbreaking details appear in the painting, from the gold cross on a chain necklace to the engagement ring she would never get to wear. “I made this portrait for her family,” Sherald says. “Producing this image keeps Breonna alive forever.” At the link in bio, Sherald explains the elements of the painting—the blue hue, her subject’s strong pose—that conjure the details and stories of Breonna’s full life. Photograph by Joseph Hyde. Interview by @milesapope.