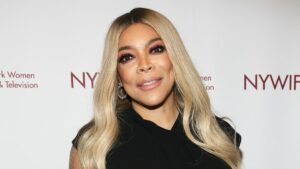 Wendy Williams revealed a lot during her recent chat with rapper Fat Joe. In addition to snubbing Sherri Shepherd‘s new show, the former talk show host claims to only have $2 to her name after having her bank accounts frozen.

Over the weekend, Williams spoke with Fat Joe on Instagram Live about the possible return to her daytime talk show and shared an update on her financial problems.

“I know what kind of money I have. Unfortunately, I only have two dollars and nothing else,” Wendy said.

“Everything is frozen; some people are involved with this, and so that’s what I’m doing right now.”

In February, Williams filed a legal letter saying Wells Fargo has “several million dollars” of hers in its possession,” as noted by People. The bank claimed the assets were frozen because “[Williams] is the victim of undue influence and financial exploitation.”

When providing an update on her financial standing, Williams claimed that her son, Kevin Hunter Jr., also had his money frozen, and she is unable to provide for her family, ET reports. She says “some people” were involved in seizing her funds.

In her February filing, she claimed Wells Fargo “denied [her] any access, whether online or otherwise, to her financial accounts, assets, and statements.” The filing accused her former financial adviser, Lori Schiller, of advising the bank to freeze the assets claiming that Williams “was of unsound mind.”

But while speaking with Fat Joe, Williams claimed to have a team helping resolve the issue and regain access to her money.

“I got people that will get that done; they will get it done,” she said. “That’s why I don’t feel as though I will go away.”

Elsewhere in the conversation, Williams said she has no plans to watch Sherri Shepherd’s new talk show that was seemingly added to replace hers.

“I like her, but I won’t be watching her because I know what she’s going to be doing, and that’s really not my thing,” Williams said. “Anyway, but I love being on my own show and I love that people love to watch it all the time.”