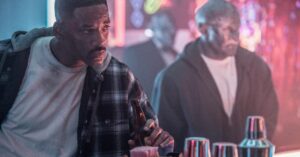 The notorious Oscars slap continues to mess with Will Smith’s money.

In spite of the acclaim Smith has garnered for previous Disney projects, such as Welcome to Earth, the media giant is taking a more cautious approach with his new Pole to Pole series, opting to put its production on the back burner until the fall while the Oscars dust settles, Bloomberg reports.

Smith has become a pariah in the film industry, projects of his being axed left and right.

Pole to Pole was slated to have Smith as its host, a nature docuseries where the Oscar-winning actor was to travel to the North and South Poles. Production for the Disney+ series was set to start in three weeks, however, has now been delayed for the fall. Smith’s Westbrook Studios currently has a five-year first look deal with National Geographic, which may account for the project not being completely abandoned.

Netflix came out the gates swinging with one of its first original titles, Bright, in 2017, which accumulated 11 million streams “opening weekend,” despite abysmal reviews from critics. The sizable disparity between critics and viewers landed the Netflix original talks of a sequel that same year. Now, the highly-anticipated Bright 2 has been canceled, with claims the decision was “unrelated” to the Oscars incident.

Netflix however, has landed itself in hot water due to their raise of subscription fee, cracking down of shared passwords, and cranking out flop after flop, sending their stock market loss to $54 billion, the biggest one-day stock drop ever. So this may be just the distraction the stream giant needs.

Looks like quite uneventful summer blockbusters to look forward to.