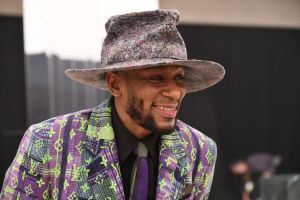 Yasiin Bey was the subject of several reports stating that he would be portraying Jazz legend Thelonius Monk in an upcoming biopic but now, the Brooklyn rapper and actor isn’t attached to the project any longer. According to Bey, he was given the impression that the production company was on board with the film but apparently, he was given improper information.

A press release went out earlier this week from Jupiter Rising Film, a production company headed by Peter Lord Moreland and Alberto Marzan, which would begin filming Thelonious in the summer of 2022. In the release, Bey was noted as the main star of the film as Monday. However, a report from Pitchfork notes that T.S. Monk, Thelonious Monk’s son and the chairman and co-founder of Rhythm-A-Ning Entertainment, has blasted the production of the biopic and tells the publication that it was not authorized by the family and estate.

“This project and its announcement are totally unauthorized! I hate the script and I control the music in Thelonious’ catalog,” Monk wrote in an email to Pitchfork. “There is no involvement by anyone in the Monk family with this project, and we actually condemn the effort.”

In a video statement offered via Instagram, Bey expressed his decision to walk away from the project until it gets the proper blessing from the estate.

“Let me be clear, if the Monk Estate is not happy with it, if Mr. Monk III is not happy with it, then neither am I. To be clear, I was given every indication by the production company that the family was on board. It was one of my primary questions,” Bey said. He added that if the opportunity to tell the story right arises, he’ll play the role.


Yasiin Bey Will Not Portray Jazz Great Thelonious Monk In Biopic Despite Reports
was originally published on
hiphopwired.com